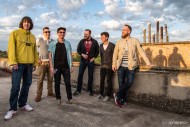 With the release of new album ‘Crown Posada’, Newcastle’s Smoove & Turrell
cement their position as one of the UK’s most exceptional soul, funk and
dance acts with their innate ability to deliver hard times social commentary
in a dancefloor friendly medium.  Proudly working class as a band - this
album celebrates love, life, politics and the lows and the highs of growing
up and raising families in the North East of England.

New album ‘Crown Posada’, released 14th October on Jalapeno Records, draws a wide array of influences from the electronic acts they grew up with as well as the old soul greats with the vocal delivery on certain tracks owing as
much to Scott Walker as it does to James Brown.

Gritty and powerful, the band make no attempt to sound or look like anyone
else – not for them the sharp suits and trumpet twirls of some of their
peers. Instead you get a wildly talented and vital crew of larger than life
Geordie lads taking their rightful place on the international soul scene
having already become figureheads within the UK. 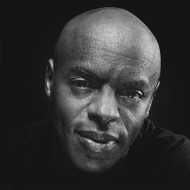 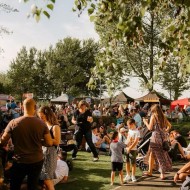