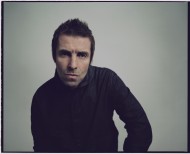 Liam Gallagher has announced details of a major UK tour. The 11-date schedule includes a huge Newcastle show at Utilita Arena, as well as what’s sure to be a rapturously received homecoming set at Manchester Arena. Huge demand for tickets has been a hallmark of Liam’s solo career. His debut UK arena tour saw all 100,000 tickets sell out within a morning, while all 40,000 tickets for his Finsbury Park show were snapped up within minutes.

Liam Gallagher’s eagerly anticipated second album ‘Why Me? Why Not.’ is shaping up to be one of the album events of the year when it’s released on September 20th on Warner Records.

The reaction to the lead single ‘Shockwave’ was biblical. It shot straight to the top of the Official Vinyl and Trending Charts, in the process underlining Liam’s status as a rock star who speaks to new and established fans alike. And his current momentum is only going to continue to explode over the weekend when he hits Glastonbury’s Pyramid Stage on Saturday evening.

U14's must be accompanied by an adult. No U14's on the standing floor. Tickets are limited to 4 per person.

Liam Gallagher has partnered with PLUS1 so that £1 from every ticket goes to War Child UK to protect, educate, and stand up for the rights of children caught up in war. www.warchild.org.uk 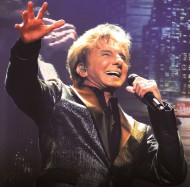