With over 40 dates, including a homecoming performance at Newcastle’s Utilita Arena on Saturday 5th December 2020 (having filled the venue twice previously), expect even more of Chris’ high energy, life affirming, trademark stand-up.

This follows the recent news announcing Chris’ brand new live stand-up special, Chris Ramsey Live Special:2019, filmed in front of a homecoming crowd, which will be available to stream on Amazon Prime this summer. His previous sell out tour, Chris Ramsey Live 2018: The Just Happy To Get Out Of The House Tour aired as a stand-up special earlier this year over on Comedy Central.

Away from the live stage, Chris has appeared on TV hosting The Chris Ramsey Show, and Stand Up Central (Comedy Central) I’m a Celebrity: Extra Camp (ITV2) and Virtually Famous (E4), as well as performing on the Royal Variety Performance (ITV), Live at the Apollo (BBC1) and as a regular on Celebrity Juice (ITV2) and more recently on Celebrity Gogglebox (Channel 4). He also starred as Jack in two series of critically-acclaimed sitcom Hebburn (BBC2), co-starring Vic Reeves and alongside his wife Rosie on Married to a Celebrity and Parenting for Idiots (Channel 4). Chris and Rosie recently launched a brand new podcast series – Shagged. Married. Annoyed which has now been downloaded over 4.5 million times. Chris has over 400,000 followers on Twitter.

Tickets are available now online, from the booking hotline number 0844 493 6666 or from 11.00am daily in person from the Utilita Arena Box Office. Please note venue facility and booking fees will apply. Age 14+ only. 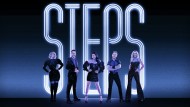