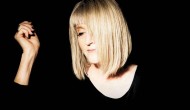 Kim Richey is coming to Newcastle!

Richey has been embraced in the mainstream country world, scoring several hits as a writer, including Trisha Yearwood’s 1996 chart topper, ‘Believe Me Baby (I Lied)’ and Radney Foster’s 1993 No. 2 hit, ‘Nobody Wins’.

Kim has also crafted her own alt-country and even pop-leaning albums, which have garnered critical acclaim and a worldwide audience, hence the nomadic nature of the artist herself. While she spends much of her time touring, as well as collaborating with writers and producers all over the globe, Kim’s still dreaming up fetching melodies that arc and bend in unexpected ways, and still discovering fresh angles from which to articulate matters of the heart.

Venue Details
Based in Newcastle upon Tyne in the North East of England, Live Theatre is recognised as one of the countrys leading new writing theatres and has gained a fantastic reputation for the way it finds, nurtures and develops regional talent and transforms idea... 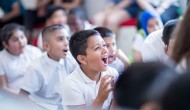