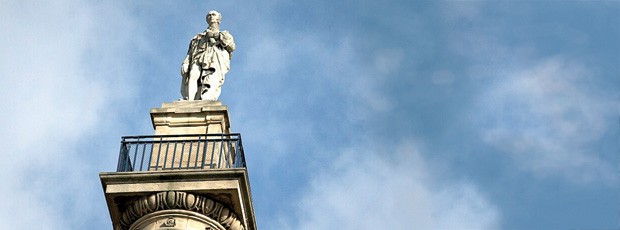 Grey's Monument is a Grade I listed monument to Charles Grey, 2nd Earl Grey built in 1838 in the centre of Newcastle upon Tyne, England.

It was erected to acclaim Earl Grey for the passing of the Great Reform Act of 1832 and stands at the head of Grey Street. It consists of a statue of Lord Grey standing atop a 130 feet (40 m) high column. The column was designed by local architects John and Benjamin Green, and the statue was created by the sculptor Edward Hodges Baily (creator of Nelson's statue in Trafalgar Square).