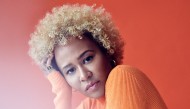 With recently released new album 'REAL LIFE' going down a treat, pop superstar Emeli Sandé arrives at the O2 City Hall Newcastle for an evening of unadulterated sing-along! After bursting onto the scene in 2011 with debut EP 'Heaven', Emeli has since become a chart sensation with multiple hits, headlined festivals around the world and won tonnes of awards in the process! A magical night for any music lover. Hop on a magical carpet ride to the Far East this Christmas as Aladdin floats into the Tyne Theatre & Opera House! Join X Factor star Marcus Collins and a whole host of top TV stars in this fantastic family panto this Christmas. Supported by an incredible live band, cheer on Aladdin as he battles against the evil Abanazar in this spectacular festive bonanza! Packed full of great songs, superb dance routines and hilarious panto pranks, this is a tremendous festive treat you don’t want to miss!

BEAUTY AND THE BEAST He’s behind you! Settle in at Theatre Royal as the spellbinding Beauty and the Beast arrives into NE1 for the very first time! A spectacular and enchanting show for the whole family, join panto stars Danny Adams, Chris Hayward and Clive Webb as they help Belle on her quest! Expect spectacular special effects, hilarious comedy gags and a few special surprises along the way!

THE HITS OF BEYONCÉ & DESTINY'S CHILD After multiple sell-out live shows right across the UK, the incredible Rogue Symphony return to Wylam Brewery this December with a brand new show - The Hits of Beyoncé & Destiny’s Child! Boogie the night away at Wylam Brewery as an amazing live band and orchestra pay homage to one of the greatest girl groups of modern times! A phenomenal production with an amazing party atmosphere, round up the gang and make sure to nab those tickets. A must for any Beyoncé or Destiny’s Child fan, so gather the gang and get down to Wylam Brewery! From small-stage support act to household rock stars, indie giants Temples return to NE1 this December for a superb rock ’n’ roll show! Stopping off at Riverside Newcastle as part of a headline UK tour, join the boys from Kettering as they celebrate the release of their third album 'Hot Motion'. Renowned for their incredible live shows and groovy psychedelic tunes, don’t miss out on these awesome rockers as they hit the Toon this December! After rave reviews and tonnes of sell-out performances around the world, the Russian State Ballet and Opera House heads to the Toon for an evening of exquisite ballet dancing. With a live orchestra playing the original music by the great Russian composer Pyotr Ilyich Tchaikovsky, take flight at the Tyne Theatre & Opera House this November as this incredible ballet comes to life!

From the splendour of the palace ballroom to the magical moonlit lake where swans glide in perfect formation, this compelling tale of tragic romance will have you feeling every emotion!