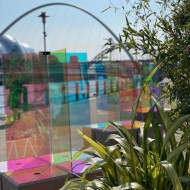 Summer Solstice In The City

While we might associate the summer solstice with Stonehenge and strangely dressed people stumbling around at sunrise, you can celebrate this astronomically significant date (marking the point when the northern hemisphere tilts closest to the sun and thus gives us the longest day of the year) anywhere north of the equator, including Newcastle! And since the precise moment of this year’s solstice is 10.13am on Tuesday (June 21st) you don’t even need to get up early (although sunrise is at 4.15am if want to greet it!).

Newcastle is a wonderful city to simply wander round in the sunshine: you could explore some of the parks, oases of green amid the bustle, or take a walk along the Quayside. Here are a few suggestions for places around the city where you can make the most of all the extra sunshine (fingers crossed!) while taking in some refreshments or history. Newcastle Castle has a reputation for some of the best views in Newcastle from its commanding position over the Tyne, and this Solstice they’re hosting two early evening tours of the Castle. You’ll be shown the secrets of this 850-year old building (although there have been defensive structures on the site since Roman times), with the experienced guide regaling you with facts and legends. There’ll be a refreshment break – with authentically 14th-century style medieval pine candies and gin cocktails – before you are led out onto the roof to enjoy the views. Booking is essential for the two tours, at 6pm and 8pm. The tickets are £15.

Cities always look wildly different seen from up high, and this definitely applies when you visit Fenwick’s Roof Thirty Nine Restaurant, situated on the fourth floor of the iconic department store. Roof Thirty Nine opens at 10am so if you’re quick you could be seated in time for the actual solstice at 10.13am (although nothing actually happens, it’s not like an equinox). But that’s okay because there’s plenty to distract you, with breakfast and main menu offerings and a bar menu with a dazzling display of bespoke cocktails. The restaurant is open until 8pm so you can catch the sun all day, and there’s a retractable awning in case the aforementioned sun decides not to show up. Somewhere else you could be comfortably ensconced in time for the solstice itself is Horticulture, which is open from 10am to midnight most days (2am at weekends). We never miss a chance to champion Horticulture because the food – guided by local chef Peter Breckon – is just so good. So whether you head in for the brunch menu (served from 10am to 3pm) or the main menu (from 5-10pm), or just for drinks and bar snacks, there will always be something that appeals. But whatever you go for, on the summer solstice make sure you have it on the Horticulture Terrace, the very definition of a sun trap!

Situated on top of the Vermont Hotel, Above opened to considerable fanfare last summer and has quite the reputation as a destination bar/restaurant to see and be seen in. While the interior is stunning, it’s all about the rooftop terrace where you can enjoy remarkable panoramic views across the river and the city. Take it all in with something from their impressive cocktail menu or from their innovative selection of bar food – small plates, tacos, bao buns, pizzas and the rest (there’s a tempting afternoon tea menu too).

Tucked away on High Bridge and situated inside the appropriately named Sunlight Chambers (named for the Lever Brothers soap, fact fans!), Hibou Blanc is one of the quirkiest, most visually impressive restaurants in the city. There’s a range of menus to cater to all tastes, with a focus on seasonal and local, including some bar snacks to accompany the carefully curated cocktail list. And best of all, all this can be enjoyed in the lovely outside area so you can catch the sun and watch the world go by. 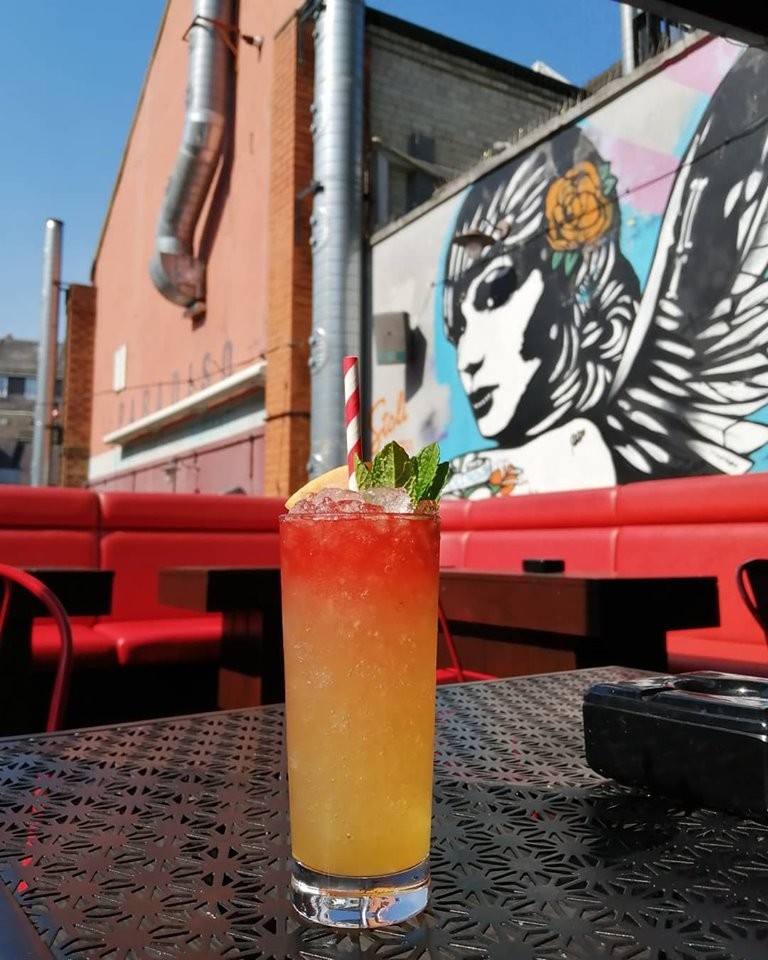 It’s always fun watching the surprise on peoples’ faces when they walk in through Alvinos’ unassuming front door and realise what an impressive place it is inside, with two bars across three floors. The bars serve some of the most inventive cocktails in town, alongside a decent range of beers, wines, spirits and the rest. For today, though, you should head straight for the roof terrace. It’s a small but perfectly formed sun trap high above the city and a perfect place for a Matchmaker, a Sweet Smoke or a Sloe Burn.

Situated at the top of Grey Street, right opposite the impressive façade of the Theatre Royal, Harry’s Bar exudes mid-twentieth century class and offers an impressive range of food and drink options from 10.30an - 3am every day. Whether you fancy a full English in the morning, something from the long and tempting main menu or just some classic cocktails (we’d recommend Harry’s Sour Cup), grab a table outside and drink in the sun and the city life around you. As ever, the NE1 team have also been working hard on some excellent al fresco offerings for the summer. The seating area on the Quayside is still there and will be augmented by some pop-us from late July, mixing up relaxation with physical activity. The Grey Street Gathering is in place, a splash of green in the city centre with deckchairs and planters. And if that wasn’t enough, Screen On The Green returns to Eldon Square soon. The season kicks off with four weeks of sport - including Wimbledon - before a six-week programme of big screen favourites takes off, all free of course.