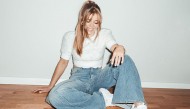 The return of live music is on the horizon! We’ve rounded up ten Newcastle concerts we can’t wait to attend this year...

Cool like you! Don’t miss Stockport starlets, Blossoms, as they take to the O2 Academy stage for an evening of emphatic indie-pop this September. It’s been a meteoric rise for the lads since their debut EP in 2015. Loved for their euphoric choruses, catchy melodies and sweeping synth lines, be sure to rally the troops, grab a cold one and sing-along to crowd favourites such as Getaway, Honey Sweet, There’s A Reason Why (I Never Returned Your Calls) and number one smash-hit single, Charlemagne! 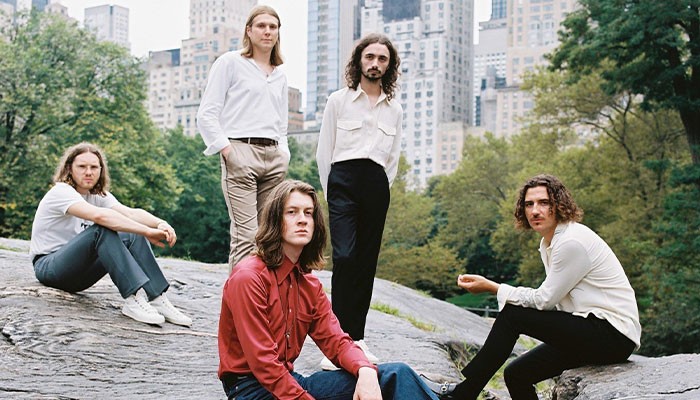 Listen up music-lovers! Live From Times Square is back for 2021 and what a line-up they have in store! First up, we have DMA’s. In just a few short years, the lads have gone from underground indie darlings to one of the biggest rock acts on the circuit. They’re heading to the Toon to take to the Times Square stage on 4 August. Becky Hill, one of the biggest acts in pop music, continues to churn out some of the finest chart-topping hits to date. She’s bringing her unforgettable sounds to the streets of Newcastle on 5 August. Last, but certainly not least, we’re in for a treat on Friday 6 August as American underground icons, Pixies, rattle through their back catalogue, combining jagged, roaring guitars and stop-start dynamics with melodic pop hooks, and intertwining male-female harmonies. 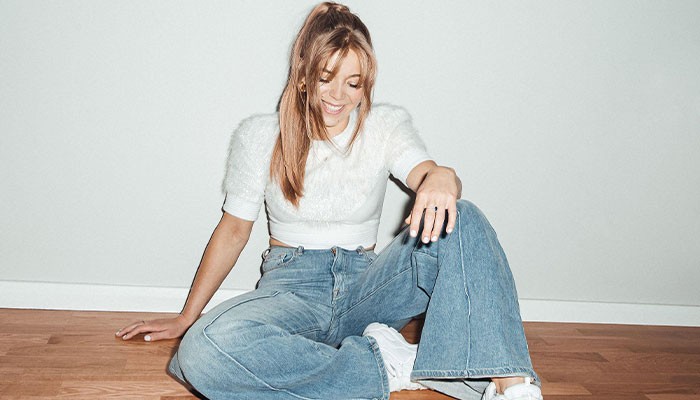 Dua Lipa fans, listen up! The pop icon is making a stop at Newcastle’s Utilita Arena on Monday 13 September. Grab your pals and get ready to sing-along to fan favourites such as New Rules, Break My Heart, Physical, We’re Good and award-winning single, One Kiss. The return of live music is within touching distance and we can’t wait for it. The Future Nostalgia tour is one not to be missed. Get ready to sing your heart out and dance the night away.

Nightlife in Newcastle is back on the horizon and our friends at Digital have recently announced that Darren Styles will be kicking off club season with an exclusive show. A world class DJ and producer at the forefront of the harder styles of electronic dance music worldwide, Darren’s productions have gone from strength to strength as he continues to take the charts by storm. A must-attend event at Digital. Get your tickets in advance! 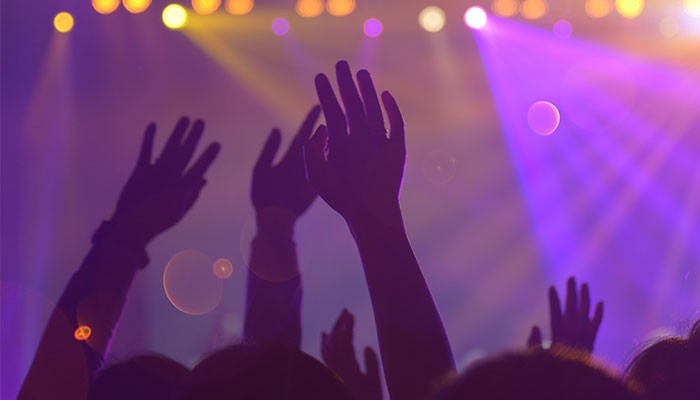 Belting news for all the rock fans out there! Geordie music makers Maxïmo Park have just announced two new homecoming shows at Newcastle Riverside this September following the release of their brand new album, Nature Always Wins! Some of you may have seen that the boys were in a neck and neck race for the UK’s official #1 album recently, competing with the likes of Alice Cooper, The Weeknd and The White Stripes for the top step. Playing a plethora of upbeat indie favourites from their gold-certified second album Our Earthly Pleasures too, you won’t want to miss this show! 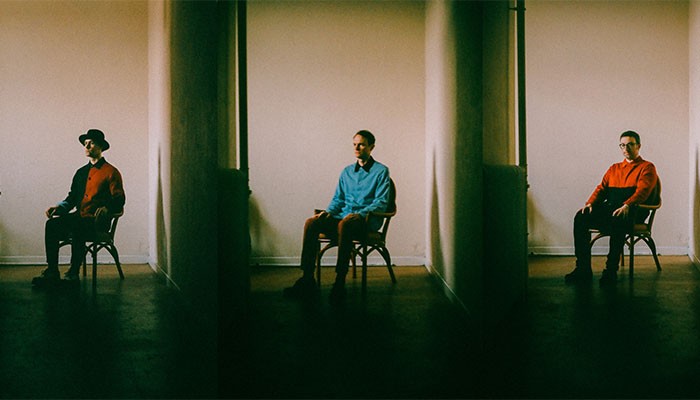 Tom Grennan fans are in for a treat! This September, the indie-pop legend is bringing his chart-topping hits to the 02 Academy in Newcastle. Touring his latest album Evering Road, the British musician is introducing fans to an exciting new chapter in his career. The brand-new album created with raw emotion and searing honesty is the follow up to Lighting Matches, Tom’s breakthrough album that cemented him as one of the UK’s most vital and exciting new artists, and one of the Top Ten best-selling debuts of 2018. We’re hoping to hear fan favourites such as, All Goes Wrong, Sober and Found What I’ve Been Looking For, as well as new hits including This Is The Place, Little Bit Of Love and Amen. Get your tickets before it’s too late!

We’re buzzing to learn that our chums down at The Cluny are welcoming Meat Puppets this September. Formed by Curt and Cris Kirkwood and Derrick Bostrom, their story starts way back in the 70s as the trio moved to Arizona with the hope of landing a shot in the limelight. Meat Puppets inadvertently became one of the most important bands of American underground music. Taking place at Cluny 2 with tickets priced at just £20, you’d be a fool to miss out on this one. 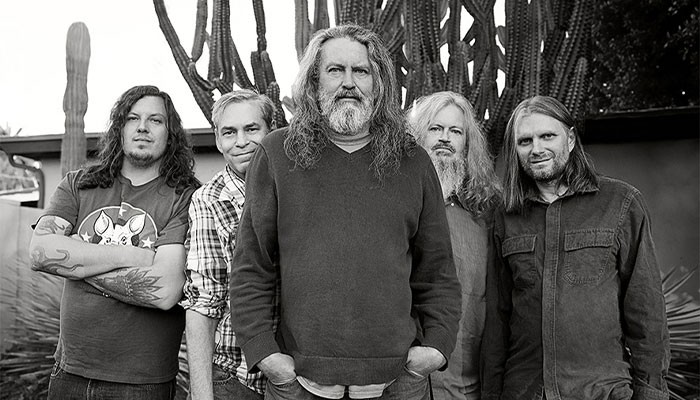 The indie-pop three-piece, Scouting For Girls, are bringing their foot-tapping tunes to Newcastle this October. The group have gone from strength to strength since their self-titled debut went on to become triple platinum and birthed the generation-bridging anthems we all know and love including She’s So Lovely, Elvis Ain’t Dead and Heartbeat. Rally the troops and prepare to sing your heart out.

Gary Barlow fans, rejoice! Yes, that's right, the music legend is heading out on a brand-new tour in 2021 and is making a stop in NE1. The tour, Music Played By Humans, will take inspiration from the orchestral and big band music which captured Gary’s imagination as a child and eventually led to his new album of original compositions. Grab your guys and gals and get ready for a night of classic crowd favourites along with brand-new hits. A true showman at heart, Gary is famed for his engaging and energetic live shows which enthral audiences wherever he goes and we can’t wait for it! 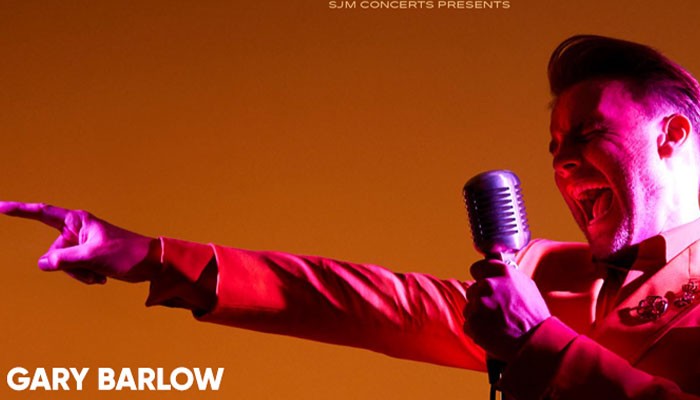 We’re pretty certain that the rip-roaring ska sounds of The Specials will bring plenty of energy back into our social diaries this September. Formed in Coventry in 1977, The Specials stand the test of time and are arguably one of the finest ska bands in the British music scene. Following the release of their eighth studio album Encore in 2019, Terry Hall, Lynval Golding and Horace Panter are getting ready to hit the road with an exclusive evening at O2 Academy Newcastle this autumn. Get your tickets now, before it’s too late!