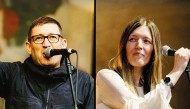 The Paul Heaton & Jacqui Abbott Tour is being rescheduled to 2021.    Tickets remain valid for new dates.

“We’re very sorry and enormously frustrated to have to make this announcement, but due to the ongoing situation & social distancing rules around the UK & Ireland we have once again been forced into rescheduling our forthcoming tour dates. We’ve now moved the UK dates to October 2021 and we’re still working on new dates for Ireland which will be announced at some point in the coming weeks. Your tickets remain valid for all the new dates. We‘re extremely sorry for any inconvenience caused by this but can’t wait to see and perform for you all. ‘Til then stay safe.”

Produced by long time collaborator John Williams who produced both Housemartins albums and the previous three Paul Heaton & Jacqui Abbott albums - What Have We Become, Wisdom, Laughter & Lines, and Crooked Calypso  - the record was recorded at Blueprint Studios in Salford, Manchester. Paul Heaton’s lyrics were written in various locations in North Holland and Belgium while the music was composed in a hotel in Puerto Rico, Gran Canaria and in Limburg An Der Lahn in Germany. 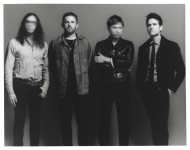