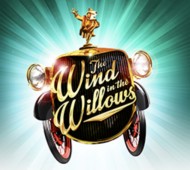 After the sell-out success of Chitty Chitty Bang Bang, Starlight Theatre Productions return in November 2019 with Wind in the Willows!

How about a riotous, rollicking romp through the Wild Wood to get your Festive season off to a cracking start? Come along to the fabulous Wind in the Willows to meet the larger-than-life Mr Toad and his friends, Ratty, Mole and Badger.

This wonderful musical, based on the original Kenneth Grahame book has great songs by George Stiles and Anthony Drewe with a book by Julian Fellowes of Downton Abbey fame.

The action takes place on the river bank where Ratty meets Mole and lots of other woodland, and river, creatures. Ratty has fallen out with Mr. Toad, who seems to lurch from one crackpot idea to the next, bringing mayhem along the way. He doesn’t listen to the warnings of his friends – with dire consequences.

This isn’t just a show for children but very much a show guaranteed to appeal to all the family. It even has some ‘baddies’, the oily weasels who put Portia , the young otter, at risk.

Mr. Toad’s increasingly dangerous antics come to a head and result in…well, if you want to find out what happens to Mr. Toad and his friends, and whether Portia survives the Wild Wood dangers, then get your tickets ordered now as we anticipate this will sell quickly!