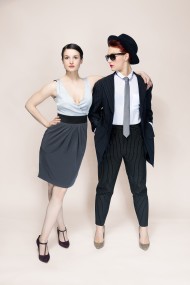 A playful performance about masculinity, gender and language.

Abbi and Helen are making a show about Man and men. Because we all need to pull together now. We want to talk about masculinity and patriarchy but the words that exist arent good enough. So there's music and dance too.