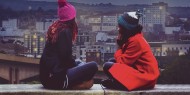 Four seasons, four people from four corners of the world, and a teenage girl’s message in the sky.

The strange city folds and unfolds around them, like a maze of paper: a story that opens up like a book to get lost in. They haven’t found the ending yet, but they know it will have to be something extraordinary.

A powerful new play by Lindsay Rodden, HERE is about finding sanctuary in the unlikeliest of places. About dancing on rooftops, blossom in winter, and re-writing the story of the city as your own. A story of two best friends with a library card, and the power they summon through friendship and books to make something magical. To say WE WERE HERE.

HERE is part of The Arriving Project – Curious Monkey’s ongoing work with people seeking sanctuary in the North East and Derby. 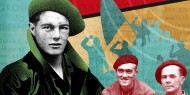 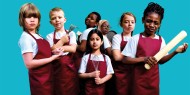