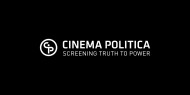 A regular film and documentary screening followed by stimulating debates led by experts with knowledge of the film topic.

Cinema Politica is the largest volunteer-run, community and campus-based documentary-screening network in the world. It is committed to supporting alternative, independent, and radical political film and video, and the artists who dare to devote time, passion and resources to telling stories from the margins. They program works that feature under-represented characters and tell stories which confront and challenge conventional fiction and documentary narratives.

Northern Stage is fully accessible. The theatre has three lifts providing access to all parts of the building, including the accessible toilets, baby changing facilities, stages 2 & 3 and the backstage area. Buggy parking is available within Stage 3.