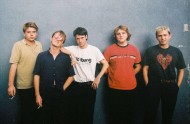 Jake Bugg, Tom Grennan, The Blinders, Catherine McGrath, Blaenavon and Dylan Cartlidge are to be joined by performers just announced this week including Shame, The Academic, Sunderland's The Lake Poets, SOAK and Seafret as they descend on NE1 as part of the Hit the North Festival which takes place over the May Bank Holiday at various locations throughout NE1.

Building on the success of the last two years, the North East's largest inner city live music event is back once again in what has been billed by promoters as its most diverse and ambitious lineup to date. Renowned as being the North East’s premier go-to inner-city festival the main event event taking place on Sunday 5th May.

As well as major headline artists, Hit the North will showcase a range of new acts across all its participating venues: a must for those wishing to check out the stars of tomorrow in one easy sweep.

Taking place across some of the city's most celebrated music venues and alternative spaces the festival will see Jake Bugg - one of the UK's most prolific and celebrated singer-songwriters of recent times - make a welcome return to Tyneside on Sunday 5th May, on the back four critically acclaimed albums.

The Blinders, famed for their riotous live sets, will also head to NE1 as part of this year's festival, bringing with them their own unique blend of infectious punk rock and sharp social commentary. Representing the UK's best female talent, Catherine McGrath and Lauren Aquilina will also perform high up on this year's billing, bridging the gap between pop and compelling storytelling.

Hit The North 2019 will carry on its traditional values by championing the next generation of talent in the North East of England and its surrounding areas. Leading this charge is the psych and funk influenced Dylan Cartlidge, who makes a welcome return to the festival after performing in Boiler Shop last year. Dylan is already a familiar face to many after appearing on hit television show ‘The Mighty Redcar' and, having recently released his single ‘Wishing Well’ alongside a UK headlining tour, Cartlidge is certainly one to watch.

Other northerners on the bill include Liverpool’s The Mysterines, Fuzzy Sun from Stockport, Sheafs from Sheffield and The Indigo Project from Leeds. Glasgow’s burgeoning music scene will also be proudly represented thanks to The Dunts and ALLIGATOR.

Hit the North's organisers have promised that yet more great acts and details of the full weekend will be announced in the coming weeks and have encouraged music fans in the region to stay tuned for further updates including new venues and one-off special events during the May Bank Holiday Weekend.

Early Bird tickets for Hit the North 2019 have sold out and General Admission tickets are on sale now for the main event priced at £37.50 (£41.25 with booking fee). For further information and booking please visit the site here.

Venue Details
Your free fortnightly guide to what's on. Well be bringing you the best of Newcastle every fortnight from music, art and stage, to childrens entertainment, workshops and cinema, youll find it right here! Wed like to show you all that Newcastle has to g...