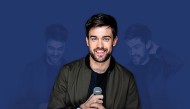 Rock ’n’ roll icons, The Darkness, are heading back out on tour and they’re heading to the O2 Academy this December! Rising to mainstream prominence following the release of their debut album ‘Permission to Land’ in 2003, the band went on to dominate music charts around the world. Having won three Brit awards during their sparkling career, sing your heart to classics such as Love Is Only a Feeling, Growing on Me and crowd favourite, I Believe in a Thing Called Love. Tickets start from £33.95, grab yours now! Queens everywhere! Hold on to your wig and prepare for battle as RuPaul’s Drag Race: UK Season whizzes into NE1 this November! With another exhilarating season of drama and competition underway, the best-loved TV show is heading to the Tyne Theatre & Opera House! Hosted by Drag Queen Extraordinaire, Alyssa Edwards, join brand-new queens for an unadulterated evening of music, mischief and mayhem! Gather your RuPaul gang and tootle over to the Tyne Theatre for an evening of side-splitting giggles! Tickets from £45.50. Experience one of the greatest albums of all time, like you've never heard it before! Internationally renowned musicians and groove masters, The Transatlantic Ensemble, are heading to Wylam Brewery for a spectacular Christmas party! Expect a stunning and reworked performance of Fleetwood Mac’s 'Rumours' album, hearing tracks such as The Chain and Go Your Own Way. An unmissable event, sure to have you bopping from start to finish! Laugh your socks off as Jack Whitehall rolls into NE1! Part of his biggest UK and Ireland arena tour to date, expect an evening of hysterical gags at Utilita Arena as this world-class comedian heads to the Toon. The youngest ever host of the Royal Variety Performance and a BAFTA Award winner, you're guaranteed a night of satirical humour and uproarious gags! You'll be rolling in the aisles from start to finish. Be sure to grab your tickets now and start December in side-splitting style! Groove over to O2 City Hall Newcastle for a night of feel-good fun with Geordie heroes Lindisfarne! Following an incredible 2018 which saw the band headline festivals across the country and perform to over 50,000 fans, the NE1 natives are returning to the stage this December for a good old Geordie sing-a-long. Sing your heart out iconic tracks such as Run For Home, Meet Me On The Corner and the Toon classic, Fog On The Tyne. Tickets are on sale now and selling fast - book now!