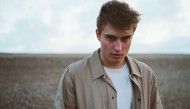 With his debut album 'Hypersonic Missiles' rocketing to number one in the UK album charts, Sam Fender has confirmed a massive homecoming gig at the Utilita Arena as part of a headline 2020 spring tour! Having won 2019's 'The BRITs Critics’ Choice Award' earlier this year, he has become one of the biggest names in rock music! Sing your heart out to iconic tracks such as Hypersonic Missiles, Play God and Dead Boys. Promising an evening of energetic arena anthems, make sure you catch Sam Fender on his exclusive UK tour next year.

Enjoy a night at the theatre as The Gingerbread Witch comes to Toon! Join Anders and Aurora on a magical adventure as they aim to solve the riddle of the missing children. A sparkling adaptation of the award-winning animated short film at Deaffest UK, watch on as Northern Stage bring this feel-good fairy-tale to life. Perfect entertainment for the whole family! Liam Gallagher arrives into NE1 this winter for an exclusive night of high-octane rock ’n’ roll! Having just performed at Glastonbury, the former Oasis frontman heads to the Utilita Arena as part of his ‘Why Me? Why Not’ tour. With debut album ‘As You Were’ sending shockwaves through the UK music scene, Gallagher returns for an evening of punchy-guitar rock with tracks such as Wall of Glass, Live Forever and The River ready to cause a stir.

Take a magical carpet ride to Agrabah this Christmas with family fun panto, Aladdin! Featuring an incredible all-star cast, an amazing live band and a whole host of top TV stars, cheer on Aladdin as he battles against the evil Abanazar in this spectacular pantomime. Packed full of great songs, amazing dance routines and hilarious panto pranks! Talkin' bout my generation! The Who return to the stage next year with a rowdy rock ’n’ roll gig at the Utilita Arena. Having sold over 100 million records around the world and scored 14 UK top ten singles in a career spanning six decades, they are undoubtedly one of the biggest names in rock history. Recently placed in the Rock and Roll Hall of Fame and the UK Music Hall of Fame, The Who were the first-ever rock band to be awarded the prestigious Kennedy Center Honors. Make sure you don’t miss out!