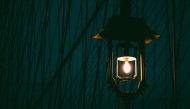 On This Day in NE1

On This Day in NE1

We're lighting up a significant moment in Toon history!

We all know that the Toon is steeped in history that’s shaped the world. But did you know that Mosley Street was the first city street in the world to be lit up by electric lighting? Take a trip back to the 19th century as we shine a light on a fascinating bulb of Geordie history... Out of Newcastle’s far-reaching history, Mosley Street is a comparatively modern street by Toon standards. Having begun construction sometime in the 18th century, Mosley Street welcomed the very first Theatre Royal in 1788 and transformed the street into a culture hotspot for Toon residents. Around the same time, North East native, Joseph Swan, had just finished creating the world’s first ever incandescent light bulb. After many failed public experiments, Swan publicly demonstrated a working lamp to an audience of over 700 people in The Lit & Phil in 1879!

The lecture was such a groundbreaking revelation that Swan was asked to light the whole of Mosley Street, for one night, with his incredible new creation. Swan had changed the world; Mosley Street was the first street in the world to be lit by electricity on 3rd February 1879 and, shortly after, The Swan Electric Light Company began installing light bulbs in homes and landmarks across England. Fast forward 141 years and Mosley Street has changed dramatically Now, the Theatre Royal proudly sits at the top of Grey Street, party animals can groove the night away at Bijoux and foodies can tuck into sumptuous steak suppers at Miller & Carter - slightly different to the establishments back then!

Next time you’re out and about and enjoying yourself on the streets of our stunning city, take a moment to cast your mind back to the 1870's and just how incredible it would have been to see Mosley Street lit up for the first time!