Spending a few hours picking up litter may not sound like everyone’s ideal way to spend their time, but in the course of NE1’s involvement in the Great British Spring Clean earlier this month, Newcastle businesses found the opposite to be true.

The initiative was part of the national Keep Britain Tidy campaign, which ran from March 25-April 10 and saw individuals and organisations across the country pledge to pick up nearly half a million bags of rubbish.

The NE1 team aren’t ones to shy away from a good challenge, and they enlisted some of the city’s businesses to give them a hand. A city-wide call-out resulted in 105 volunteers from 15 businesses, which included Drummond Central, Moving On Tyne & Wear, The Gate, Different, Maldron, Blackfriars, Mott MacDonald, the People’s Kitchen, Norton Rose Fullbright, CBK Adventures, Staybridge, Garage PR, GoodGym and Nigel Wright, putting in 146 hours of work into picking up 197 bags of litter across the city!

Local people and businesses gave the teams some helpful ideas about areas of the city to target for the initiative, with areas like St Andrew's Church, Swan House Roundabout, Stowell Street, St John's Church, Market Lane, Carliol Square and spots around the City Walls given some care and attention.

NE1’s Business Support Manager Rebecca Marshall, who was joined by team members Stephen, Tariq, Mark, Ben, Rachel, Lily, Kerry and Cath, was overwhelmed by the response. “We thought it would be a really good idea to get Newcastle businesses involved to help clean up the city and inspire some civic pride, and we’ve had a wonderful response. Even though the Spring Clean has ended, we’re still getting queries from businesses asking if they’re too late to join in – the answer is they’re never too late!”

NE1 are keen to ensure there’s a legacy to the initiative, and so what started as a two week activity has turned into a permanent part of NE1’s work around the city. “We’re going to continue to support businesses, we have all the equipment they’d need to do it – gloves, bin bags, litter pickers, everything they could need to do their own activity, even down to the risk assessment!” It’s not just picking up litter though, activities range from kayaking down the Tyne cleaning up the river, flower planting, and painting, and Rebecca told us that the activities were really positive for volunteers’ mental health too. “Some people thought it might just be being out with a litter picker but actually it’s quite good for clearing your head and getting a bit of fresh air, and you’ve done something good for the city and got out of the office.”

Along with the usual detritus, Rebecca mentions a few of the more unusual items their volunteers found on the streets of Newcastle… “Lots of pairs of glasses, pairs of socks, gloves and a full set of hair extensions!” She laughs. “It makes you wonder about the story behind it, how did a full set of hair extensions end up on the street? I think that was quite entertaining for some of the volunteers, seeing some of the weird and wonderful things abandoned across the city.”

While the council is responsible for the cleaning of the city, NE1’s Clean Team are an integral part of that process. “We took members of our Clean Team along with the volunteers and it was good for them to see what those guys do every day; they’re out from 6am every day trying to make the city beautiful for people coming in, and it’s a big job. So those businesses getting involved does make a huge difference. We’ve been getting wonderful feedback too, people have said it’s really brightened their day to see an area given a bit of love and attention. The more people that can give a little bit of time, the nicer the city will be for everyone, because it’s a big job and if everyone put in a little bit of help, happy days!” 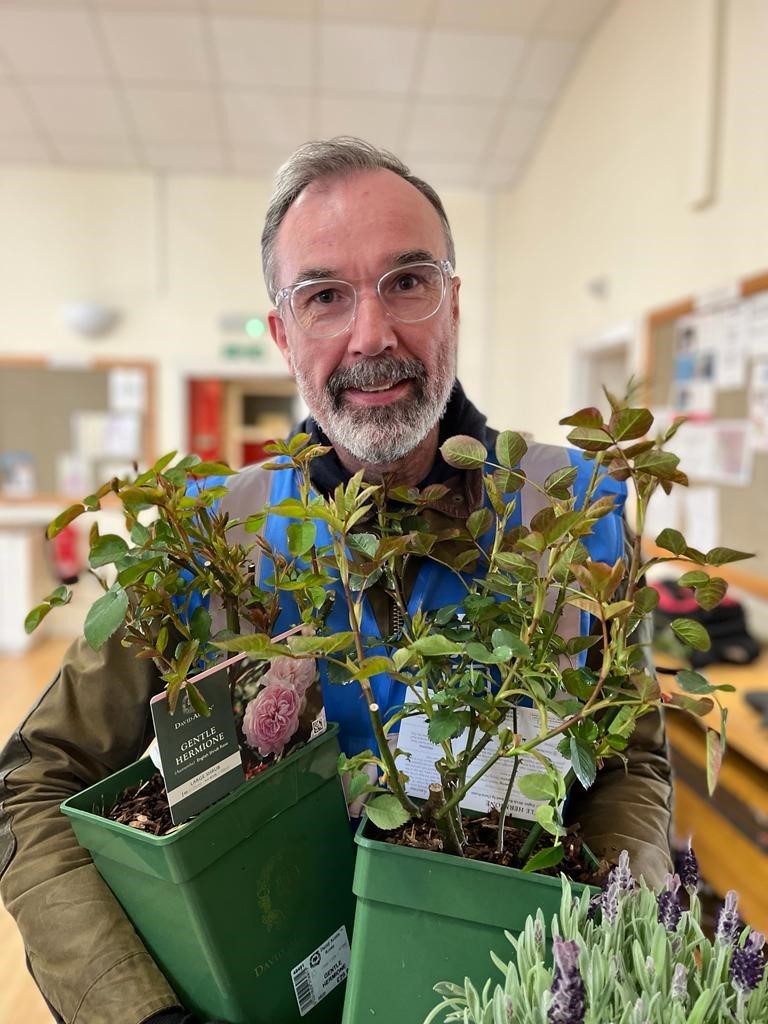