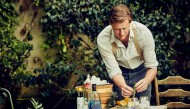 RSC Live: The Taming Of The Shrew Lovers of Shakespeare and live theatre are in for a treat in NE1 this Wednesday as the Royal Shakespeare Company returns with a special screening of The Taming Of The Shrew at Cineworld. In a reimagined 1590 England, Baptista Minola is seeking to sell her son to the highest bidder. Cue an explosive battle of the sexes in this electrically-charged love story!

The Malton Supper Club at Fuego Foodies are invited to Fuego at Fenwick for a tasty supperclub with Tom Naylor-Leyland - an entrepreneur who has helped transform the idyllic market town of Malton in Yorkshire into one of the UK’s leading foodie destinations. Having previously been a chef and bartender, Tom will be designing a mouthwatering menu, featuring the best of 'made in Malton' produce, cooked by Fuego’s skilled kitchen team. Tickets cost £60 per person, including a three-course meal with drinks. Book in advance - it’s bound to be a sell-out! Join Wallace at Sage Gateshead, where he’ll be performing his musical masterpiece, My Concerto in Eee Lad, with a little help from his faithful canine companion, Gromit. What could possibly go wrong? Followed by a screening of the Academy Award® winning ‘Wallace & Gromit: The Wrong Trousers’, with the soundtrack performed by the orchestra live on stage, it’s set to be a grand day out for the whole family. After working hard in the studio on the follow-up to their 2016 album, 'Stay Together', indie icons, Kaiser Chiefs, return to the stage. See them live at Newcastle’s O2 Academy this Wednesday as part of their full headline tour, where they’ll be performing tracks from across their huge, wellloved catalogue of work. Take some time out for a bit of tummy-tickling comedy this Tuesday at The Stand. Join Larry Dean for an hour of side-splitting fun as he brings ‘Bampot’ to the Toon! You’ve seen him on Comedy Central, the Comedy Store and Roast Battle, his show has been nominated for the Edinburgh Comedy Award’s Best Show 2018, and he’s here in the North East, ready to entertain Newcastle audiences on High Bridge!