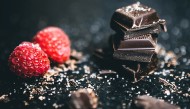 We've got another fantastic week of fun for the whole family in NE1. Whether it's theatre, music, culture or food, we've got something that is sure to put a smile on your face! Diaries at the ready folks... Barrie Rutter OBE directs and stars in Jack Lear, a gritty reworking of Shakespeare’s King Lear. Set on the River Humber, with live music by award-winning English folk musician Eliza Carthy MBE, it follows wealthy trawlerman, Jack Lear, as he prepares to retire and hand over his hard-earned fleet to his feisty trio of daughters. As the sisters scheme and scrap over their inheritance, family ties are tested as each woman strives for freedom, fortune and love. Watch the rivalry unravel at Northern Stage! Impress your partner at Blackfriars’ Valentine’s Day-inspired cooking class, where you’ll make your very own box of soft-centred chocolates, lovingly-packaged especially for your sweetheart! Guided by expert chocolatiers, you’ll be free to make your treats at your own pace, alongside like-minded foodies. Go on, earn some brownie points! Make your way to Northern Stage to see a brand new show about climate change, made with children, for grown-ups. The creative production will give you inspiring perspectives on one of the biggest challenges of our time - climate change. Led by children from Hotspur Primary, actors, scientists and engineers, you’ll hear about the kids’ hopes, fears and ideas on how to tackle the issue in the future. The result is an exciting journey into the mind of an eight-year-old that will really make you think! Settle in at Sage for an evening packed with songs from one of the finest voices to come out of Scotland - Barbara Dickson. Together with her live brand, the multi-million selling recording artist will be performing a range of material, drawing on her folk roots, as well as performing globally-known hits such as The Caravan Song, Another Suitcase in Another Hall and many more! Icelandic artist, Georg Óskar brings his solo show to the North East this season, on display at the Abject Gallery on Market Street until 23 March 2019. In this intriguing exhibition, Óskar captures interesting events, fantasies or memorable situations from his own life, often under the influence of music and poetry. Don’t miss out on this unique opportunity to see the work of this award-winning artist in NE1.