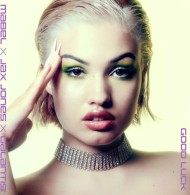 Talented singer and songwriter Mabel is the latest act to be announced on the Sunday line-up for this summer's live North East music festival LooseFest, set to take place on July 30th and 31st 2022 on the Town Moor in Newcastle-upon-Tyne. Festival goers can expect multiple all-weather stages, a fun fair carnival with a ferris wheel and a street food village.  The outdoor event is being billed as the largest music festival EVER to take place in the region, promising huge festival production and an incredible atmosphere.

‘Good Luck’ is the brilliant new single from Mabel, Jax Jones & Galantis (available now from Polydor Records).  ‘Good Luck’, says Mabel, “is the empowering song you need when getting ready to go out: when you’re feeling low about someone, and your friends will take you out to get that person off your mind.”

Having just landed a staggering eleventh top 20 smash with ‘I Wish’ (a collaboration with Joel Corry), Mabel has now surpassed 4.5 billion streams and 2.5 million adjusted album sales for debut album ‘High Expectations’ (the biggest selling debut by a British woman in 2019).  On ‘Good Luck’, Mabel has made yet another classic banger to empower anyone else who needs to feel that, too.  Mabel is also known for her string of smash hits including; ‘Let Them Know’, ‘Don't Call Me Up’, ‘Mad Love’, ‘Boyfriend’ and her massive track ‘Tick Tock’ with Clean Bandit, who will also be appearing at LooseFest 2022.

One of the founding members of LooseFest, Dean Saunders said; “We are delighted to add Mabel to our LooseFest 2022 line up! We absolutely love her new track ‘Good Luck’ and we can’t wait for her to join us, on what is quickly becoming one of the most anticipated weekends of the year this summer!”.

The LooseFest team will be regularly releasing news on their social media.  Follow their updates on:

Full line-up information and tickets are available at www.loosefest.com