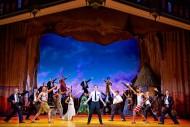 10 Unmissable Events in Newcastle This June

Looking to fill your calendar with experiences this month? You’ve come to the right place! We pick out some of the best events taking place across the city throughout June, including Europe’s biggest funfair, disco-fuelled bingo, acclaimed musical talent, hibernating hedgehogs, and sound bathing. Enjoy! Having emerged onto the musical landscape in the early ‘00s, Bloc Party offered a refreshing alternative amid a glut of indie landfill. Kele Okereke’s urgent vocals and the band’s indie-crossover appeal meant their debut album, Silent Alarm, was met with universal acclaim. Having recently released their long-awaited sixth album, Alpha Games, their sound runs the gamut of glam rock, melancholic melodies and infectious stompers.

You know the summer has truly arrived when you’re in a field singing along to live music with your mates, and Rock ‘N’ Roll Circus promises to be the first feel-good event of the summer. Taking place on the Town Moor in a big top (hence the circus moniker), Thursday’s line-up features a headliner who needs little introduction; Noel Gallagher’s High Flying Birds will set the big top ablaze with their anthemic rock. Joining them will be indie favourites The Charlatans, Aussie electro pop band Confidence Man and local hotly tipped up-and-coming artist Andrew Cushin (who comes with the personal approval of Noel G himself!) Saturday’s performances include a special 20th anniversary show from lovable rock scamps The Libertines, plus guests including rock trio DMA’s, indie quartet The Reytons and local ‘brat-pop’ band ZELA.

And that’s not all – expect stilt walkers, aerial acrobatics, fire performers, contortionists, jugglers and loads of great food and drink. Perfect for little’uns aged 4+ and their families, Hedge is a glorious family production at Dance City presented by The D Project Dance Company. In a playful and engaging show about a hedgehog waking from hibernation to discover a quite different world to the one they thought they knew, Hedge combines magical costumes, puppetry, fun props and beautiful dance sequences which teaches a lesson of bravery in the face of uncertainty.

If ever there was a comedian who was so much more than his light entertainment persona may suggest, it’s Patrick Kielty. The Northern Irish comic may be familiar to some as a presenter of Fame Academy or Love Island, but behind his cheery vibe hides a satirical wit. Borderline is the comedian’s new stand-up show, touted as a “comedic love letter to the future of our islands”, which attempts to make sense of his homeland’s history as well as navigate the uncertainty of Brexit and new political upheavals. Kielty’s take on borders, national identity and the future of the Union is bound to be insightful, poignant and, above all, hilarious. Image: The company of The Book of Mormon by Paul Coltas

The Book of Mormon @ Theatre Royal

Expect a typically tongue-in-cheek production from the creators of South Park, Avenue Q and Frozen – The Book of Mormon is a delight from start to finish. Subversive, cheeky and filled with songs that you probably won’t want to hum along with (Spooky Mormon Hell Dream, anyone?), it’s a show which takes a playful dig at the cult of religion and identity, following a mismatched pair of missionaries intent on bringing the word of the Church of the Latter-Day Saints to a place that’s about as far as you can get from Salt Lake City. Not for the easily offended!

If you thought bingo was for, shall we say, the older generation, Bongo’s Bingo will set you straight. Their now legendary bingo nights are chock full of live music, dancing on tables, fancy dress and cocktails! Known as a raucous and fun-filled night out, these shows at the Utilita Arena take the excitement to the next level with two nights of disco-fuelled partying, including rave rounds, disco-themed prizes, dance offs, cheesy sing-alongs and a few games of bingo into the bargain. It’s probably not a night for your nan, but we bet she’d have a blast!

Europe’s largest funfair returns to Newcastle’s Town Moor for over a week of thrilling rides, exciting games and family fun.

More than 400 rides take up over a kilometre of the Town Moor, and there are a huge range of activities and attractions ideal for the whole family. From classics like dodgems, the Magic Mouse rollercoaster and 200ft Star Flyer, to brightly coloured bouncy castles, mini coasters and games like hook-a-duck! The sights and sounds of the fair are hard to beat. 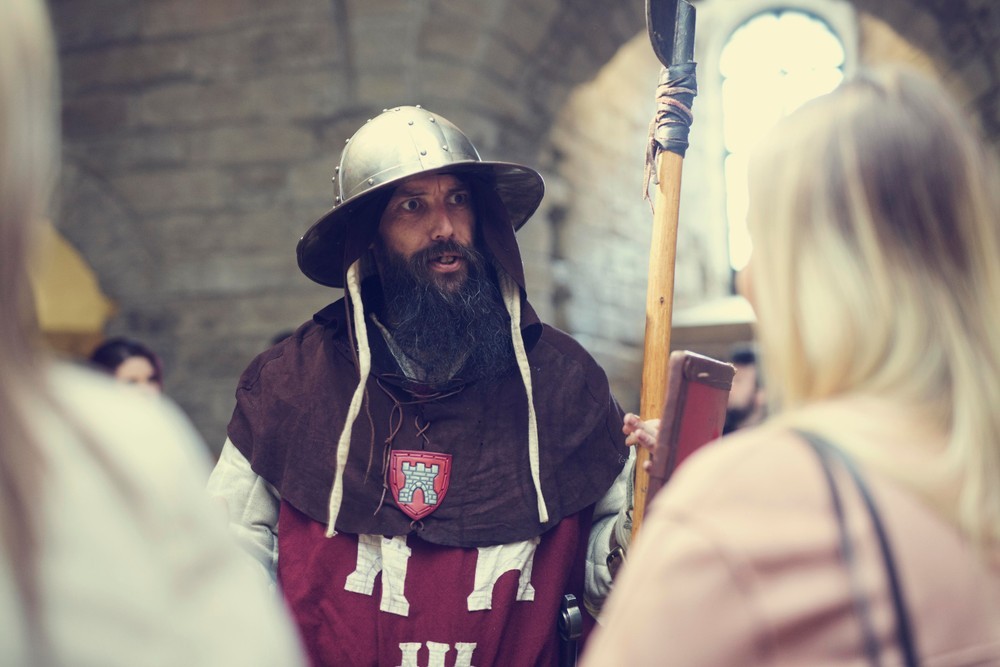 What better way to spend the longest day of the year than taking an evening walk through one of the most impressive monuments in the city. Newcastle Castle’s summer solstice tour will engage attendees with an evocative walk around the historic Castle Keep, where a knowledgeable guide will reveal some interesting facts and hidden secrets of the fascinating building. Refreshments including authentic medieval pine candies (made to a 14th Century recipe!) and fruited gin cocktails will be served in the Great Hall before you take a journey to the roof to enjoy an unrivalled view across the city. Simply magical.

If you’re looking for some peace, tranquillity and calm, the art of sound bathing may just be the ticket. Using sound as a basis for therapeutic and restorative self-care, sound bathing sees attendees seated or lying comfortably and being deeply immersed in sound. Encouraging a full-body listening experience, a variety of toned instruments – including tuning forks, gongs, singing bowls and chimes – will encourage a restful and regenerative experience. After the 45-minute encounter and some light refreshments, attendees can enjoy a hang drum performance by Simon Wood. If you like to keep your finger on the pulse and impress your friends by knowing about the next big thing, Generator Live’s all-day music event is the place to be. Showcasing some of the North East’s most exciting rising talent, expect to hear attitude-laced pop punk from bigfatbig, lyrical hip-hop courtesy of Kay Greyson, Straight Girl’s ‘grave rave’, rapper and singer Sågaboi, alt. grrrl group Venus Grrrls, evocative songwriter Ruth Lyon, hotly tipped artist Jodie Nicholson, the off-kilter beats of John Dole, alt. indie band Lovely Assistant and actor and rapper Kema Kay.

The event is run by North East music support agency Generator, and tickets also get you into a series of free fringe events run throughout the city during the week running up to the all-day event. Bargain!

As usual, the city is full to bursting with diverse and interesting events to keep the whole family entertained this June, and there's so much more to come throughout the summer! Keep an eye on our website where we'll bring you news of activities, events and celebrations to help you get the most out of the city!