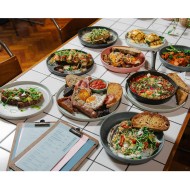 We’re told from an early age that breakfast is the most important meal of the day. Let’s leave it to the nutritionists to argue about that, but we can all agree that if you choose the right breakfast, it can definitely be the tastiest!. We’ve picked a few of Newcastle’s finest examples to help you set yourself up for whatever lies ahead! 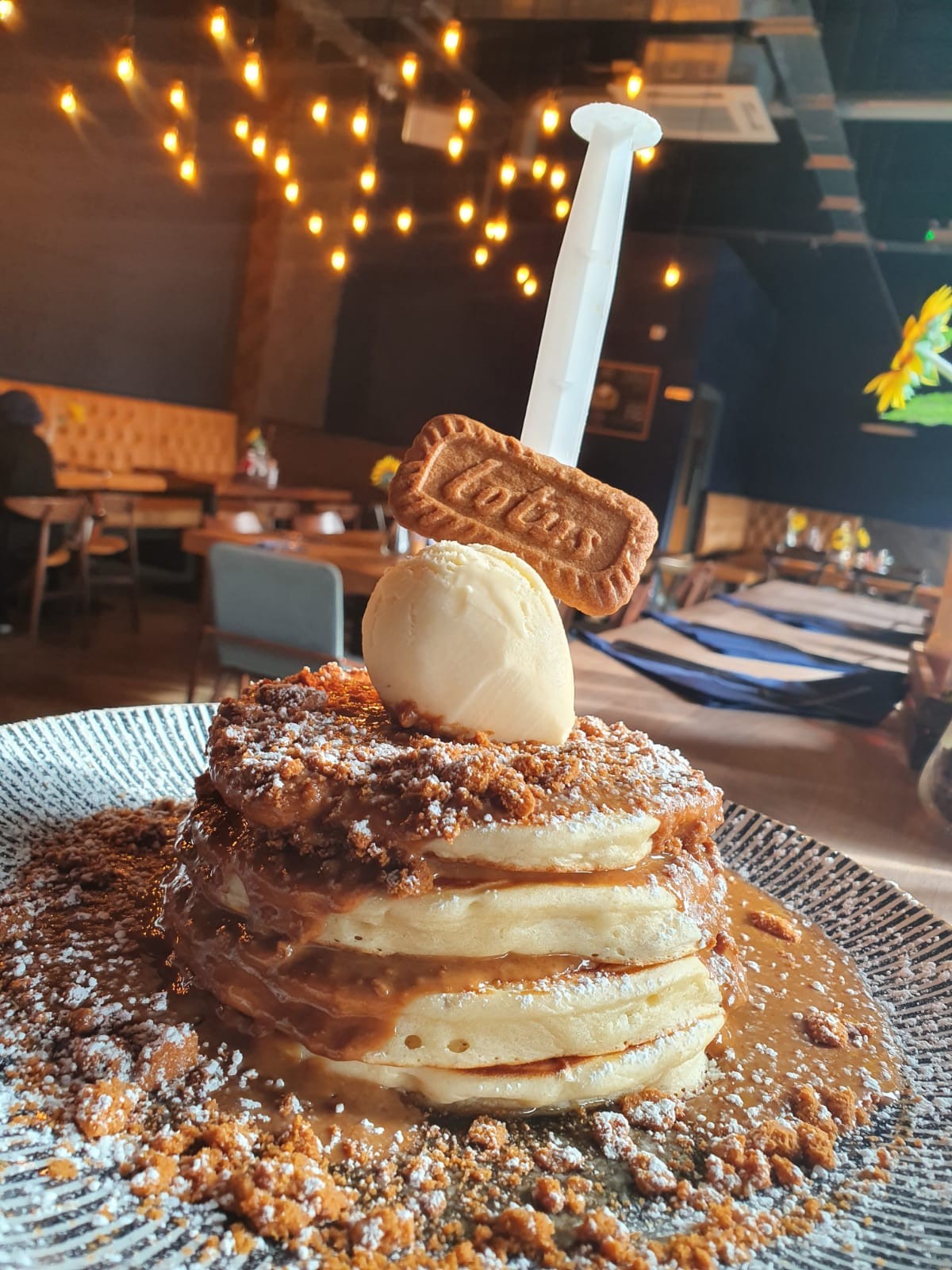 The Dispensary has been doing astonishing things with breakfasts for more than three years now and they really aren’t messing about! There are belt-busting English breakfasts of course (including a vegan version), and twists on old favourites like eggs benedict and smashed avocado, plus a taste of the Deep South with their fried chicken and waffles. But it’s the range of pancakes and French toast options that get the saliva glands working overtime. All this plus a daily specials board, a kids menu and a range of coffees and soft drinks. Booking is recommended.

Starting off with a store on the coast, the puntastic Pablo Eggs-Go-Bao have now opened a branch behind St James Boulevard. Their menu is simple – essentially, variations on eggs, hash browns, cheese and sausage – but that’s your breakfast essentials covered and they do it in fine style. And the soft, fluffy bao buns they use take things to another level. With options for veggies – and dogs! – and an inventive range of merch, Pablo Eggs-Go-Bao are definitely worth a visit (they deliver too).

Camera Shop is one of the quaintest, homeliest places to grab a bite on this list (based on, obviously, an Edwardian-era camera shop) and while they serve a range of excellent snack and lunch options, their breakfasts are pretty special. The selection of sandwiches, toasties and things on toast (avocado, bacon, halloumi etc) is simple but appealing and taste as good as the shop looks. Horticulture is perhaps better known as a destination restaurant/bar but its 10am opening time and inventive brunch menu makes it a fine place to kick off your day too. The humungous Muckle and Big Vegan breakfasts look wonderfully challenging but there are plenty of lighter options too – from shakshuka to sweet potato hash, French toast to steak and eggs – and as with all of Horticulture’s offerings, everything is ethical and organic.

Tucked away under the mighty Tyne Bridge on the Quayside, Quay Ingredient is open from 8am every day and is perfectly placed for sustenance ahead of a walk by the river. Very much in a traditional vein (kippers! Eggs and soldiers!) and with a range of sandwiches served in stotties, Quay Ingredient keeps it simple but quality.

Found on the edge of the city centre by Manors metro station, Café 1901 is a vibrant, colourful oasis that would be worth a visit in its own right. Luckily, the breakfast menu is also vibrant and colourful. As with many of the venues in this list, they cater for those looking for the traditional – full English breakfasts in meat, veggie and vegan versions, a range of butties. But there’s also corn fritters, Turkish eggs and a breakfast brioche.

In the heart of Grainger Town, Olive & Bean is a friendly, convivial place for coffee and breakfast with friends. The menu boasts plenty of trad options but also some nice twists – feta whip on toast, breakfast burritos – with plenty of veggie options and the obligatory huge full English breakfast.

Dot Bagels has expanded to five branches/counters now, the city centre branch is situated inside Fenwick’s Food Hall. There are a vast range of toppings and bagel flavours, from traditional options (including smoked salmon and cream cheese, of course) to the fairly outré – from lobster to chickpea fritter, meatball to seitan. It’s a bewildering and exciting selection, accompanied by a range of dips, sides and drinks.

Also to be found in Fenwick’s is Café 21, a restaurant that deserves its reputation and a fine place to start a day of shopping. With eggs served almost a dozen ways, plenty of pastries and sweet treats and a very appealing croque monsieur, you can also indulge in a bloody mary, bellini or mimosa to set you up just right for browsing the rails.

Blake’s is Newcastle’s longest standing independent coffee shop, and places don’t last this long without getting things right. The breakfast menu is traditional, reliable and full of inviting options, including the magnificent breakfast stottie. Plus, it's a great place to sit outside and watch the bustle of Grey Street as the city wakes up.

Right next to World Headquarters, Flat Caps takes its coffee seriously. Very seriously. So much so that there’s a section dedicated to selling beans, machines and other equipment, and lots of brewing advice on their website. So – make sure you drink their coffee (there’s a long list of options). But they’re no slouches when it comes to the food either. There’s none-more-healthy than granola and porridge, as well as the eggs, avocados and bacon options you’d expect. But the Turkish Eggs are the piece de resistance – slightly spicy and smoky, absolutely delicious. It’s a dogs-and-family kinda place with a lovely laidback vibe too.

With branches spread out across the UK (the Newcastle branch is in Eldon Square), it doesn’t take a genius to work out what they’re selling. But everybody loves a crêpe and they’ve brought a lot of imagination to their options, with breakfast crêpes including maple bacon, eggs royale and smoked salmon and cream cheese. There’s plenty of extra toppings, pastries and drinks too.

There are several branches of the ubiquitous ‘Spoons in the city, we’ve opted for The Quayside branch for the views. And for a cheap and filling breakfast with nearly as many options as they have pubs, you can’t really go wrong. From fry-ups to pancakes, muffins to butties and a lot more besides, endless refills on hot drinks and plenty of veggie choices, ‘Spoons has it all.

So whether you’re looking for something exotic, quixotic, alcoholic or simply a big plate piled high with fried greatness, Newcastle is overflowing with excellent breakfast destinations. You might need a lie-down after though.