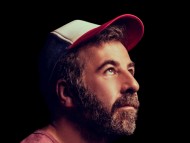 Newcastle plays host to the Cathedral of Comedy

Granted, it’s not the usual place you’d expect to find rib-tickling comedy, but Newcastle’s beautiful Grade I listed Newcastle Cathedral will this month play host to a top billing of comedy talent.

Cathedral of Comedy is the brainchild of Lee and David Productions, local promoters who specialise in unique comedy events in the city. Promising a complete night out, with a full bar and food available from Dot Bagels and Big Fat Donut Co, their inaugural event at Newcastle Cathedral on Saturday May 21st will feature a fantastic line-up of comics, including headliner David O’Doherty. A familiar face thanks to his appearances on the likes of QI, 8 Out of 10 Cats, Live At The Apollo and Never Mind The Buzzcocks, the Irish comedian’s routines often straddle the boundaries between comedy and music, and his off-the-wall observations and often absurd lyrical concoctions are guaranteed to set audiences rolling in the pews.

The pick of the North East comedy crop also get in on the action, and there’s supporting sets from star of BBC 2’s Hebburn Steffen Peddie, endearing comic Anth Young and fresh talent Kelly Edgar, plus the host with the most, MC Matt Reed, will oversee proceedings.

There are several other shows in the diary at the venue later this year too; keep your eyes peeled for sets featuring such comedic heavyweights as Phil Wang, Catherine Bohart, Larry Dean and Lou Sanders.