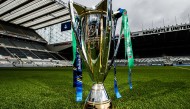 It has been a busy year at NE1 HQ with a full calender of colourful events bringing more and more people into the city! As we approach a new decade, we're looking back at some of the fantastic events we've delivered in 2019! Crowds gathered on Grey Street this July as the Newcastle City Sprint made its debut in NE1! Part of the HSBC UK National Circuit Series, the event saw 80 elite male competitors set off on a 75-minute route through the Toon!

SCREEN ON THE GREEN Old Eldon Square was once again the home of Screen on the Green - where film-lovers enjoyed a summer of smash-hit movies and family classics! 22,000 people took part in the Newcastle Pride march to kick off the weekend's celebrations The tastiest event in the NE1 calendar returned in January and August, bringing in over £1m worth of business across the two weeks! >> 85,000 people took part in 2019’s two Restaurant Week events Throughout the festive period, NE1 has been unlocking unique, money-can't-buy experiences across the city. From historical buildings, to behind-the-scenes tours, there's something for everyone!