Most 46-year olds slow down, but retail and dining complex Eldon Square shows no sign of resting on its considerable laurels. It already attracts tens of millions of visitors per year and hosts a dizzying array of outlets, but more are being added all the time. We asked our friends at Eldon Square to let us know what’s new and what’s coming! 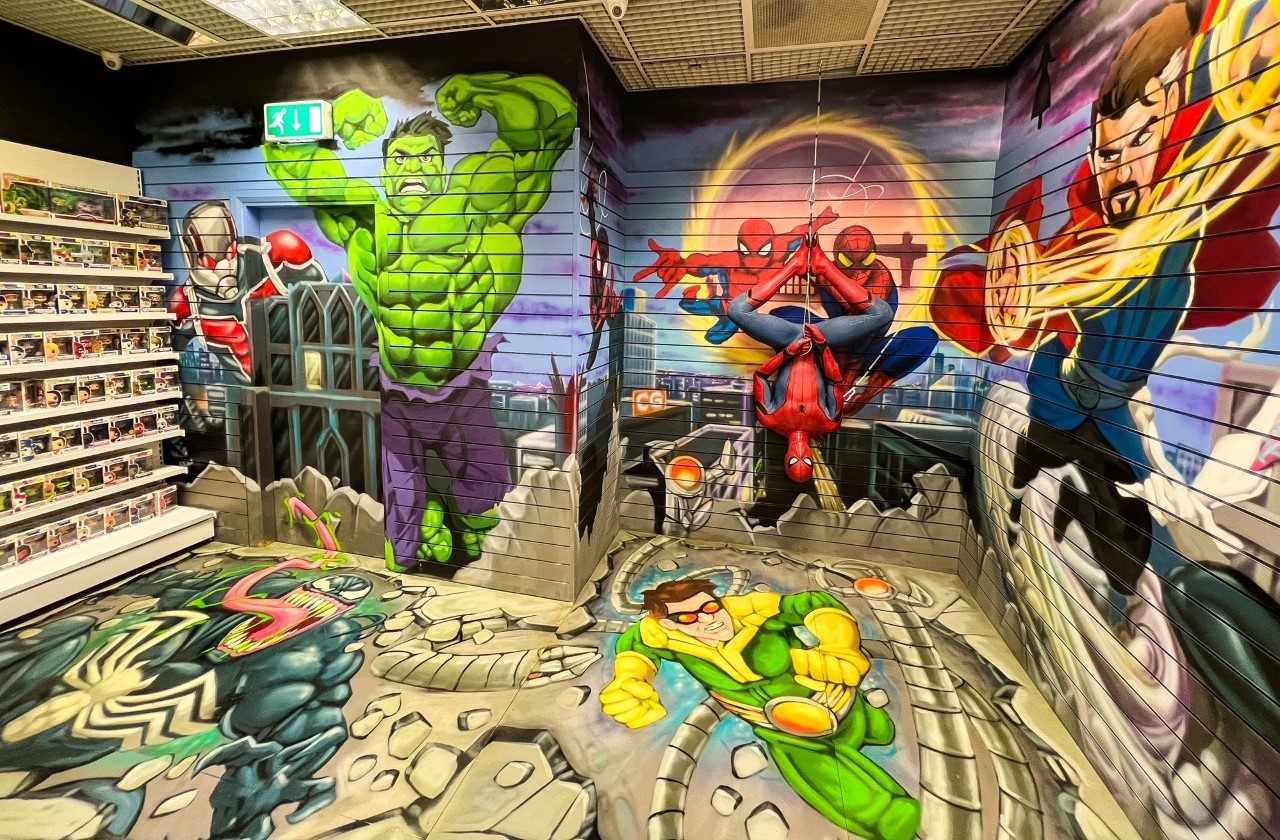 2021 ended up with eight new stores appearing, including H&M, and this spring saw five new arrivals. Since opening in Newcastle in 2018, Tyneside success story Be More Geek now has four branches and the city centre shop has now relocated to the heart of Eldon Square in a bigger store. As their name suggests, the shop caters to the geeks among us, so it’s cosplay costumes, figurines, TV, movie and anime merchandise, games and trading cards. A veritable palace of geekdom! As well as supporting independent ventures like Be More Geek, Eldon Square is home to many global brands, and now iconic Swiss watchmakers Swatch have a branch in the centre, on Blackett Bridge. Swatch (it’s short for ‘second watch’, trivia fans!) have been making vibrant, fashion-friendly watches for nearly forty years and now you can browse their ever-evolving range. Keeping things technological, there’s also a new branch of iSmash. The decade-old company now has 37 stores nationwide, the latest also on Blackett Bridge. iSmash offer express servicing and repairs of smartphones, tablets and computers, proving a lifesaver for that dropped phone or smashed laptop screen! And all their repairs come with a lifetime guarantee.

Jewellers and pawnbrokers Ramsdens now has an Eldon Square outlet (one of more than 150!). Find them on Eldon Way for new and used jewellery and watches, foreign currency and traditional pawnbroker services. Of course, all that shopping can work up a hunger and Eldon Square has now added a branch of the highly popular chain The Real Greek. So now there’s some authentic Greek food to sample alongside the Thai, Italian and Mexican restaurants (among many more). The Real Greek is situated next to Wagamama on Old Eldon Square. As well as these new additions, a few stores have had a makeover, including The Body Shop, and the summer promises even more new attractions, with jewellers Austen & Blake, The Bagel Factory and a branch of legendary Tyneside Lebanese food outlet The Bake all opening soon.

And to help you make a family day out of your visit to Eldon Square, there’s now soft play for kids and bowling for all the family. Jungle Jack’s Soft Play offers multi-layered climbing frames, slides, ball pit and games for kids up to eight years old, with a café for the adults. And Gorilla Bar & Bowling has been newly refurbished and includes eight bowling lanes as well as pool, table tennis and darts. There’s a well-stocked bar offering beer and cocktails as well as a specially designed menu from My Delhi. Eldon Square are also proud to be contributing to Northern Pride by sponsoring the official Northern Pride Wristbands. The wristbands are available from Fenwick’s customer service desk and cost £2. That entitles you to exclusive discounts across the centre (as much as 25% off in some outlets). The wristbands are valid until September 30th and play a key part in keeping the Northern Pride Festival free. The festival takes place at the end of July – keep an eye on Get Into Newcastle for more details as the festival gets nearer.