Independence Day is a big deal in the USA, but hey, there's no hard feelings over here 250 years later, so why not get into the Fourth Of July spirit over here? We’ve picked a few distinctly American destinations to get you feeling like you’re a little bit Stateside even while you’re here in NE1, enjoy!

It's hard to say when we Brits started thinking that American fashion was the epitome of cool – was it James Dean? Or Elvis? Whenever it started, it’s never really stopped and everything from denim to workwear to chic NYC designer labels still dominate the high street.

A good example is Hollister, a brand that’s existed since 2000 and is hugely popular over here, especially in the teen market. Starting out in Ohio as a primarily surf-oriented brand, Hollister is now renowned for bright casual clothing – still with a hint of surf culture – and has expanded into accessories, perfumes and more. The Newcastle branch (one of more than 30 in the UK alone) is in Eldon Square, near the likes of Paperchase and Apple.

Tommy Hilfiger has been providing what it calls ‘preppy with a twist’ since 1985 and really came into its own on the nineties as it was adopted by big name hip hop artists like Snoop and P Diddy. You can find it in Newcastle in Fenwick, near the Food Hall, and it stocks a carefully selected range of mens and womenswear, as well as accessories.

Levis is the grandaddy (in fact, more like the great-great-great-grandaddy) of American style, and the brand has been around almost as long as the nation itself. There’s probably no more iconic clothing brand and Levis are the key players in the worldwide dominance of blue jeans. While Levis products are available all over, Newcastle is lucky enough to have a dedicated Levis outlet on Blackett Bridge in Eldon Square, so whether you’re looking for a pair of timeless 501s or something else from their ever-expanding range, the city centre has you covered. Finally, a local success story: Flip – now located on Westgate Road - has been a mainstay of American clothing in Newcastle since the late seventies, originally as part of a franchise with stores in London and Hollywood. The family business has been open since 1978 selling vintage jeans alongside all sorts of classic American clothing – baseball jackets, western wear, sneakers, leather jackets and the rest – alongside accessories, hats and vintage artefacts.

Almost as iconic as American style is American food, from burgers to hot dogs to Tex Mex. And Newcastle is well-served by a range of American eateries...

Taco Bell has been serving its distinctive range of Tex Mex fast food for sixty years but it took until 2018 for Newcastle to finally get its own branch! Head to their Grainger Street site for various combinations of tacos, burritos, quesadillas and chalupas with plenty of sides and drinks (and of course churros!). Taco Bell is always cheap, tasty and filling, as well as being a prime taste of Americana. Five Guys started as a family business in eighties Virginia but is now an enormous international chain, with their Newcastle branch – in its prime location on the corner of Northumberland Street – opening in 2016. One of the appeals of Five Guys is that they have a fairly simple menu which they get just right. There’s a selection of burgers, hot dogs and sandwiches (with veggie options) with an excellent range of free toppings, alongside fries, shakes, soft drinks and even some beer.

If you’ve got a sweet tooth, American Candy (next to the O2 store in Eldon Square) is sheer delight. Alongside the more widely available products, they stock a large range of candy, cereals, drinks and more that you might only have seen in American sitcoms. So if you want some Cheetos or a Hershey Bar, American Candy is a must-visit.

Also in Eldon Square (on Douglas Way) you can find a branch of the mighty Krispy Kreme, purveyors of the finest doughnuts for 85 years! Buy them by the dozen (or the double dozen) all the way up to a Doughnut Tower (216 doughnuts in various combinations), or just pick up a couple of your favourites. Krispy Kreme offer a range of flavours and even have vegan options.

Once you’ve dressed right and eaten well, you should cap off your celebration of all things American with some entertainment, and again Newcastle has plenty to offer. 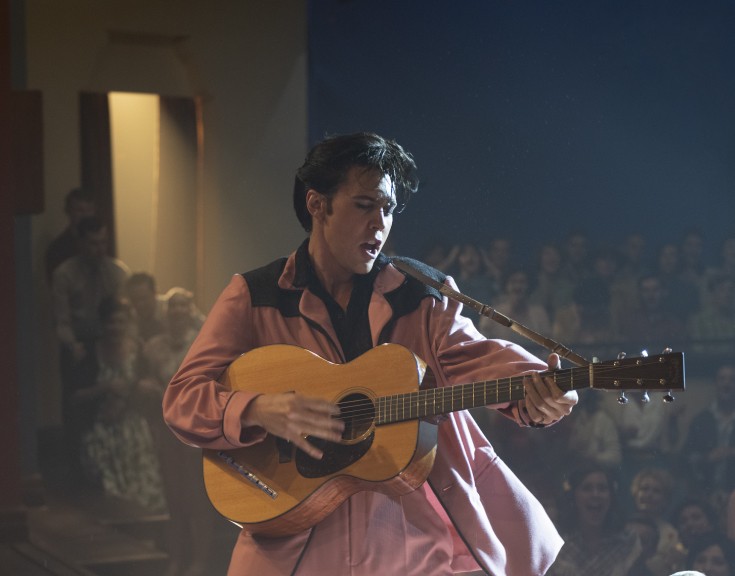 Baz Luhrmann’s biopic Elvis is one of the most hyped and best reviewed movie releases of the year and is showing across the city. We’d recommend heading to the Tyneside Cinema to catch this epic look at probably the biggest American icon of all. There are several screenings each day but do remember it’s a 12A certificate so it’s not for your younger kids.

Meat Loaf is another American musical icon being celebrated in Newcastle in the week of Independence Day, with Steve Steinman’s Anything For Love, the recently deceased star’s son’s acclaimed stage show celebrating Loaf’s life and music. It’s at O2 City Hall on July 8th.

The legendary Harlem Globetrotters have been firm favourites in the UK since the seventies through their TV specials and exhibition appearances. The highly entertaining blend of comedy, theatrics and basketball skills has been a big draw for almost 100 years and they arrive at Newcastle’s Utilita Arena on October 22nd. Celebrate Independence Day by bagging a ticket to their autumn appearance!

Finally, there aren’t many things as all-American as ten-pin bowling and in Newcastle that means heading to Lane 7 on St James Boulevard. As well as bowling, they offer ping pong, pool, beer pong and karaoke as well as an American-leaning selection of food and drinks (burgers, pizzas, cocktails and beer). There’s even a Baller Package that offers bowling, ping pong, a meal and a drink.

So there you have it, eat, drink, dress, and watch the best of the United States all within Newcastle this Independence Day, there's heaps to choose from!