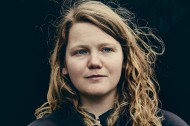 She began performing when she left school at the age of 16. As a teenager was support act to various key cultural figures including Benjamin Zephaniah and Billy Bragg. She has since emerged as one of the U.K.’s most recognised performance artists, drawing large crowds at Glastonbury and Leeds Festivals. Her influences range from Wu-Tang Clan, to modernist poetry, to Tracey Emin. Tempest was visiting fellow at University College London in 2015.

Neil McCormick has described her as ‘Britain’s most acclaimed young performance poet, Tempest can dazzle with scansion and flow, cadence and rhymes, but crucially employs her verbal skills in the service of big ideas – about poverty, identity, consumerism – and strong emotions.’