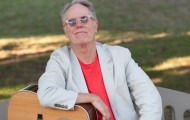 Loudon Wainwright III is a true one-off. His songs can be heart-warming, hilarious, intensely personal, life-affirming, and sometimes just indefinably ingenious – sometimes all at the same time. Loudon Wainwright songs have been recorded by Johnny Cash, Earl Scruggs, Rufus Wainwright and Mose Allison, among others.

Haven’t Got the Blues (Yet)—or HGTB, for short-is the 26th album in his long and illustrious career. It follows his acclaimed Older Than My Old Man Now album-“my death n’ decay opus,” as Wainwright calls it, and 2010’s Grammy-winning High Wide & Handsome.

For over 50 years, when he wasn’t studying mathematical logic, or teaching philosophy, Chaim Tannenbaum sidelined as a musician. He was featured on The McGarrigle Hour (1998) and Loudon Wainwright III’s Grammy-winning High Wide & Handsome (2009).

But he never made a record of his own. Until now. His original songs poignantly depict homesickness, romantic loss, and the perils of rooting for the Brooklyn Dodgers.

The covers, which reflect the lifelong enthusiasms of a musical omnivore, make manifest a mixed-up world muddled somewhere between spritual devotion and material dissolution – in short, the world. As author/producer Joe Boyd has noted, “the purchasers of this recording are in for a treat.”