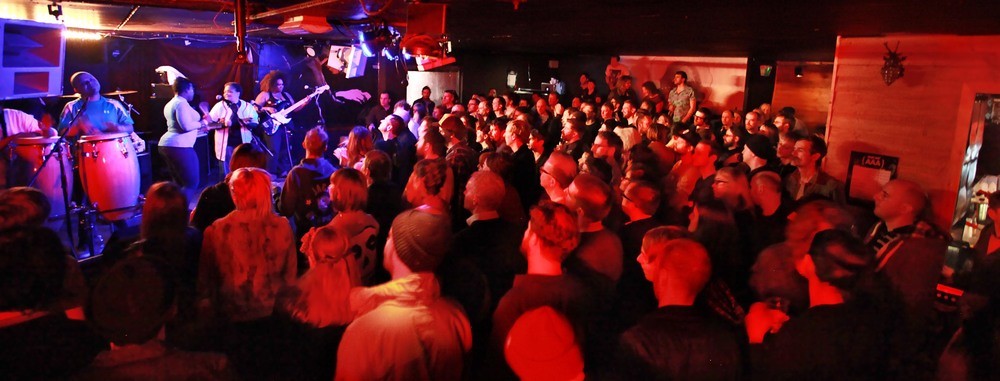 Think Tank? started of as an outlet to help Push National & Local Artists through their Promotion Arm SSD Concerts. The Original Pop Up Venue started life in Newcastle's Creative Hub Hoults Yard in November 2013. An Empty "No Thrills" Space on the Outskirts of the City gave the company the Opportunity to Push Artists they loved without the normal constraints & lack of availability that they had previously found with the Cities established Venues. They opened with the Ace DZ Deathrays, and ended with the DJing Talents of Glasgows Optimo. They managed to fit in Temples, The 1975, Wolf Alice, Splassh, Big Deal, Nadine Shah, Ian Mcculloch, King Charles, Jake Bugg, The Charlatans & The Fall to name a few.

Always moving on & trying to provide Bands & Artists & customers the best experience in September 2013 after the demise of the original Think Tank? they took over a space in Digital the cities musical heartbeat & rated 11th Best Club in the World & best in the UK which has allowed the brand to bloom in the heart of the city. So far Peace, Swim Deep, E.S.G, Lanterns on the Lake, Royal Blood, Steve Mason & Drenge have all took to their Stage and there's lots more exciting things to come 2014 has so far seen the brand stretch its wings back on to the banks of the Tyne with Riverside a 600 Capacity Live Space to fill the gap for Artists & promoters alike. So far they've opened with Interpol. Courtney Love, Brian Jonestown Massacre, King Charles, The Orb, The Sonics & more incoming,