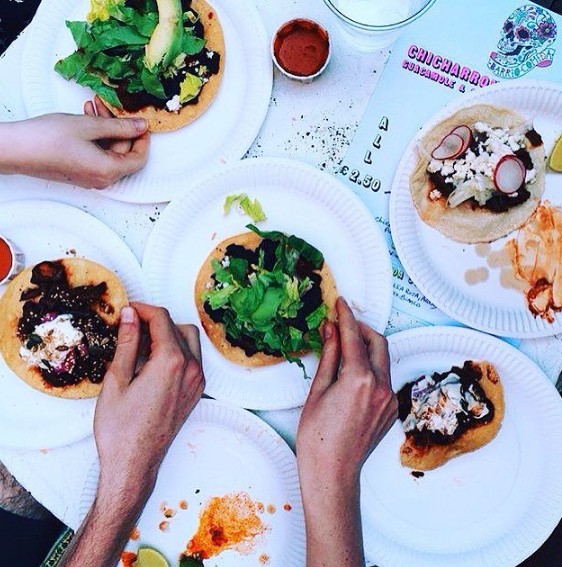 Barrio Comida is situated in the container that was previously “Riley’s Fish Shack” on Newcastle’s Quayside. The shack consists of two shipping containers with a wood burning oven, charcoal grill and seating for around 30 people. Due to the nature of the shack, most of the taco fillings will be cooked with either wood or charcoal so expect things such as Carne Asada, Grilled Lengue, Grilled Prawns and Wood Roast Chicken Mole.

Their menu focuses mainly on Traditional Tacos with a selection of smaller dishes to snack on while your tacos are being cooked to order. They will also be introducing Daily Specials, these will be regional Mexican dishes such as Pazole, Tamales, Menudo and Aguachile to name a few with Sunday Specials typically being egg based for Brunch service. Corn tortillas are made fresh before every service with their lovely Lenin Tortilla machine that has been imported from Mexico.