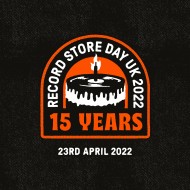 Make The Most Of Record Store Day 2022

Nobody would have expected even a few years ago that we’d see sales of vinyl records overtaking CDs after a couple of decades when all but the faithful assumed the format was over. But that’s set to happen this year.

Record Store Day has been flying the flag for records – and record shops – since 2007, and this Saturday sees the 15th Record Store Day taking place in hundreds of stores across the UK, including six stores in the city centre.

Newcastle has always been home to a great range of record shops and the recent additions of Vinyl Guru and Beyond Vinyl on opposite sides of Westgate Road are keeping that reputation alive. After the uncertainty of the last couple of years, some of the shops are keeping things low-key and focussing on the records themselves, but they’re all open from 8am: get yourselves down to Reflex Records on Nun Street, Beatdown Records on Bewick Street and the aforementioned Vinyl Guru and Beyond Vinyl on Westgate Road for a chance to snag that essential reissue or limited edition!

I’d be combing the shelves for the recently discovered Karen Dalton album and the reissued Wailing Souls set, but maybe you’ll have your eyes on the new punk 45 collection on Soul Jazz or Erasure’s 12” companion piece to their The Neon LP? There are more than 300 releases to choose from so there’s bound to be something to catch your eye.

JG Windows – one of the oldest music stores in the country, now comfortably into its second century of life, found in the glorious surroundings of the Central Arcade – is offering a free bacon sandwich and hot drink to the first 20 people through the door in the morning, and have a live band, The Hot Pickers, appearing throughout the day to entertain the customers.

Finally, RPM Records is, as always, really pulling out all the stops. Head along to the store - tucked away in Old George Yard - for a whole day of events. As well as cake, coffee, bacon and veggie sandwiches and a specially brewed beer from Meantime Brewery, there’ll be reductions on the non-RSD stock and the shop will have some of the city’s finest DJs playing sets all day. There’s also a host of other freebies, prizes and a raffle.

If you head over to the Record Store Day website you can download a list of the available titles so you can hit the shops with a list of those must-haves in one hand and your credit card in the other!