12 Unmissable Events in Newcastle This July

The sun’s out (sometimes!), the kids are on holiday soon and the city has that summer feeling going on. So we’ve picked a few unmissable events that should cater to everyone’s tastes – from comedy and music, arts to theatre, science and a market.

Curious Arts Festival, which has been taking place since 2016, runs for almost the whole month (July 1st – 24th) and focuses on art, culture and representation for the Lesbian, Gay, Bisexual, Transgender, Queer, Intersex, Asexual + community and its allies. Working with a wide range of cultural and social groups, the Festival takes in theatre, talks, cabaret, performance art, music, placard making and a vogue workshop. Download the festival programme to find out what’s happening where.
July 1st-24th, prices vary

Made.UpNorth aims to celebrate creatives, businesses, artists and more from Newcastle and beyond and is hosting a summer market in the Boiler Shop to showcase their wares. Everything from textiles to jewellery, soap to ceramics will be on display from more than 60 stalls, while refreshments are available from street food vendors and the Boiler Shop’s own well-stocked bar. 10% of your ticket fee goes to a nominated charity and under-16s are admitted free. The market is also going to be a drop-off point for food and hygiene donations for East End Women and Hygienebank Newcastle (and donors get entered into a raffle).

Spontaneous Potter is a heady mix of improv, fanfic and parody as the cast take a Harry Potter-style title suggested by the audience and builds a show around it. Previous examples like ‘Harry Potter and the Struggle for a Decent Mortgage in This Economy’ and ‘Harry Potter and the Chamber of Commerce’ should give you the gist of what’s in store. The show has won awards and glowing reviews and should be a perfect night out for Potter fans and Potter naysayers alike. 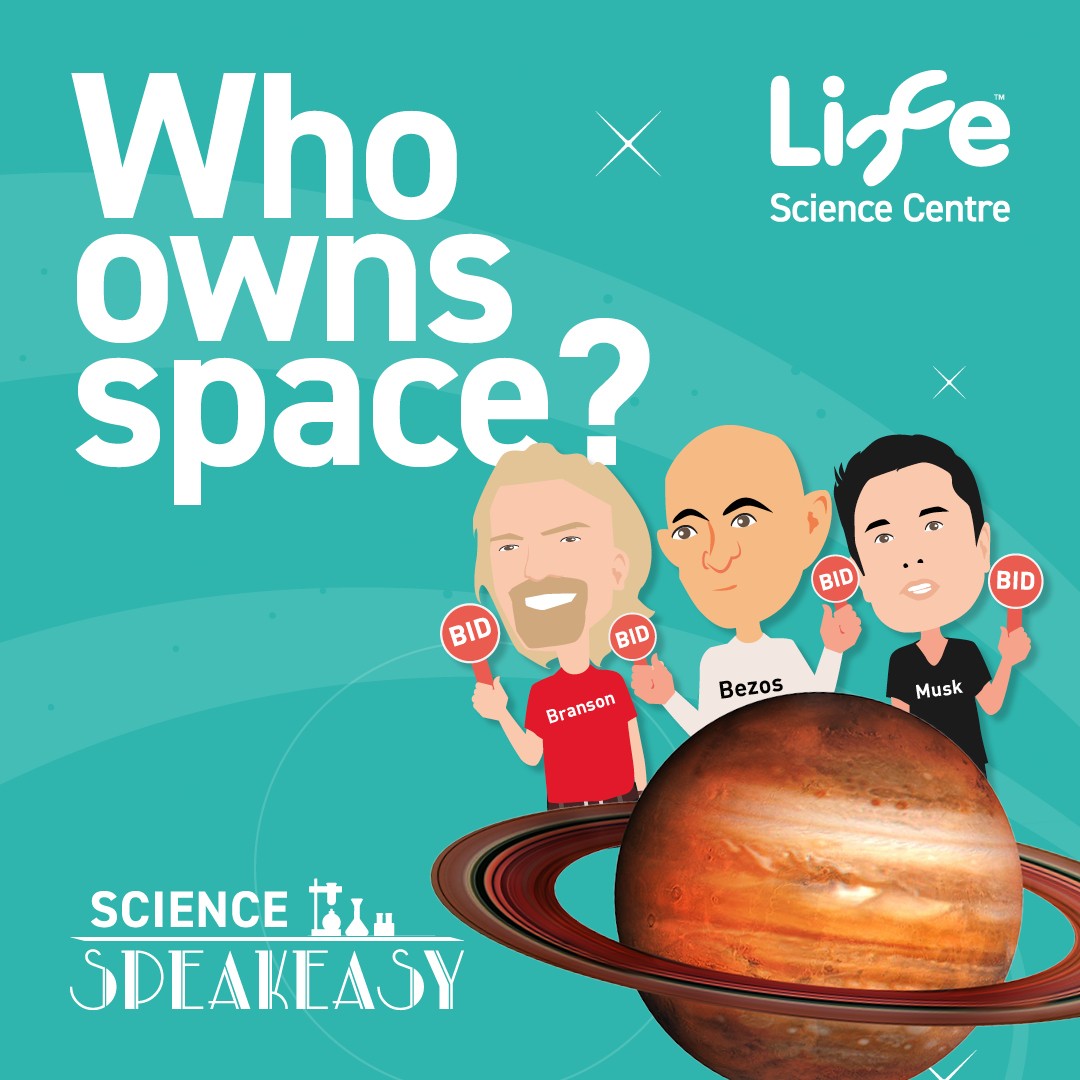 As part of the new season of the Life Science Centre’s Science Speakeasy programme, you can join a panel of scientists as they debate Who Owns Space. A range of issues like space junk, private ownership in space and extra-terrestrial habitation will be discussed by experts from the fields of astrophysics, space law, space surveillance and astronomy and questions from the audience are welcome. The debate will last around 3 hours and there’s a pay bar.
Thursday 14th July, tickets are £5 (18+ only)

It’s hard to think of a more appropriate venue in the city for a screening of Braveheart than the castle keep of Newcastle Castle. Mel Gibson’s classic of 13th century Scottish uprising has been a firm favourite for more than a quarter of a century and will be a great fit for the atmospheric, millennium-old hall. Feel free to bring your own refreshments
Friday 15th July, tickets £12 (15+ only)

A comedy show that’s also a music quiz that’s also a cracking musical night out? It must be the return of the Mixtape. For two nights in July, The Six Twenty are bringing the Mixtape Summer Sizzler back to Live Theatre. In short, the team present comedy sketches based on lyrics from summer faves, and when you stop laughing you start guessing what song inspired the sketch. Confused? You’d best get along and find out for yourself – you might even win a coveted Golden Mixtape!

One of the most popular children’s TV programs ever made, the spin-off live show from In The Night Garden has been touring for 13 years and has been seen by more than a million people. That’s a lot of Pip-Pip, Onk-Onk. If your kids are entranced by Igglepiggle, Upsy Daisy and the rest, this show is not to be missed, the characters are brought to life with costumes, puppets and music. Each performance will last around an hour and promises a visit from the amazing flying Pinky Ponk!

It’s more than fifty years since the musical first hit the stage, and almost as long since the film was released, but the love for Grease shows no sign of abating. So if you still harbour dreams of being a T-Bird or a Pink Lady or still have a crush on Rizzo, join Newcastle Musical Theatre Company for their new production, being staged across five nights (and three matinees) at the Theatre Royal.

Bridges has spent more than half his life in comedy which probably explains why he’s such a master of the form. His new show The Overdue Catch-Up sees the Glaswegian taking a typically astute and hilarious look at the absurdity of modern life with a blend of wisdom, horror and his typically in-your-face delivery. He’s taking over the O2 City Hall for four nights this month and it’s going to be quite a show.

Thursday 21st – Sunday 24th, sold out but check the venue website for returns

If your 11-16 year old is looking for some artistic stimulation as the summer holidays begin, Laing Art Gallery might have just the thing. They’re offering a four-day art school in tandem with a professional arts educator. The course aims to encourage experimentation with materials and styles, with the Laing’s remarkable collection as inspiration. There’s even the opportunity to achieve an accredited arts award (see the website for details). Bring a packed lunch, all materials will be provided. The Globe Summer Festival @ The Globe

Last summer excellent little venue The Globe held its first summer festival, hosting some of the best talent this city and the north-east has to offer in the worlds of blues, jazz, Americana and the like. It was a smash so they’re doing it again. Taking place across the last weekend of July, The Globe Summer Festival breaks down as follows: The Friday evening show kicks off at 8pm and features Elsie Franklin, Liam Ward & Malcolm Thorne and The King Bees, representing the best of Tyneside blues. Saturday’s bill of Americana starts at 5pm with Bubamara and also includes The Most Ugly Child’s country, Rob Heron & The Tea Pad Orchestra’s ‘swing-honkytonk-rockabilly’ and the raucous folk rock of Holy Moly & The Crackers (their last hometown show of the year). DJ Stagger Lee will take over from 10.30pm for a night of vintage classics. Sunday is jazz day, with Knats heading a bill that also includes The Dean Stockdale Trio, The Alice Grace Quartet and the Julian Costello Quartet, starting at 4pm.

Loosefest is being billed as Newcastle’s largest ever festival and it has the bill to prove it. The event is spread across two days, with Saturday’s bill a mix of house, disco and pop acts featuring big names like Black Eyed Peas, Alisha, Clean Bandit, Dimitri From Paris, Spiller and Roger Sanchez. Sunday’s focus is on the drum & bass and hip-hop end of things, with acts like DJ Fresh, Hybrid Minds, Tinchy Stryder and Kings Of The Rollers. In total there’s more than 80 acts across the two days over five stages. Whatever your personal favourite flavour of raving, Loosefest ’22 has you covered.